The cost of “Free Speech”

The First Amendment serves to protect free speech in all its forms, but what happens when someone uses shock and horror as a joke?  Comedian Kathy Griffin is finding that while she may legally be entitled to be as disgusting as she wants, that the public also has the right to condemn her for it.  Here is an op-ed I wrote on the subject for “Crain’s Cleveland Business Magazine.” 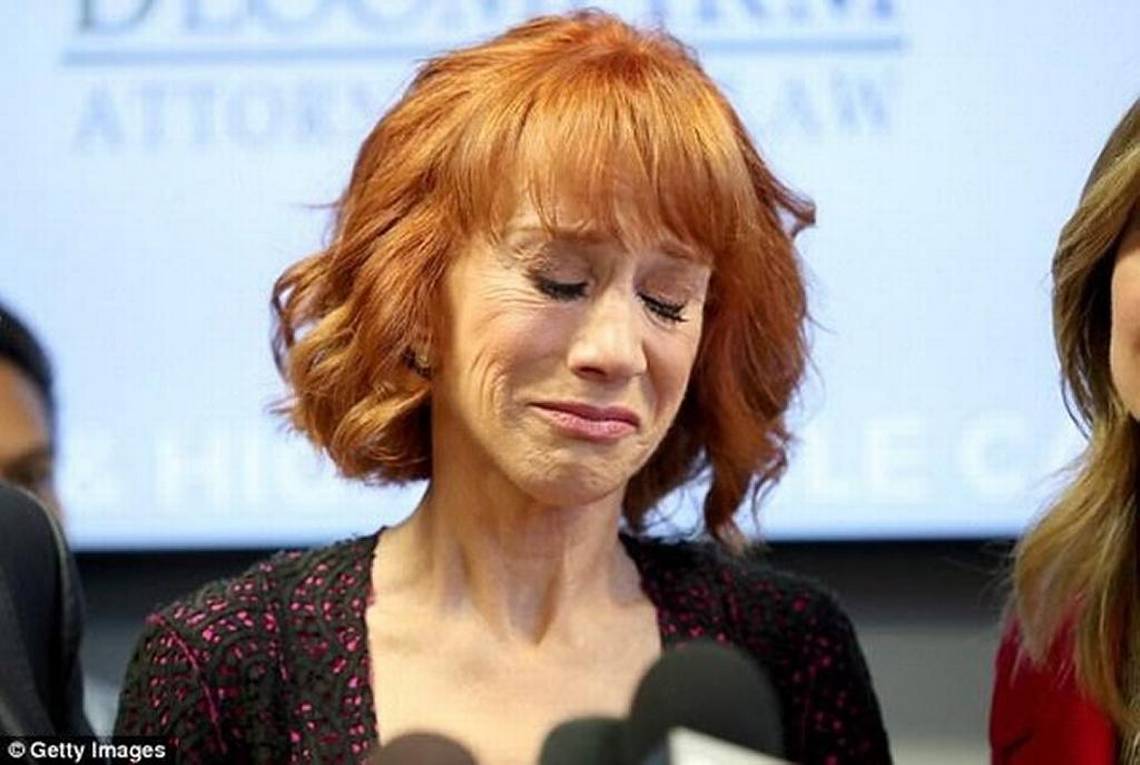 On a wall in my study, I have a framed cover of the French satirical magazine, “Charlie Hebdo”. It is the issue that was released after gunmen broke into their Paris office in 2015 and slaughtered 12 people because their cartoons offended their Muslim faith. Charlie Hebdo pushes the boundaries, no doubt – think “Mad Magazine” except much filthier – but despite its often vulgar caricatures and political rants, the world rallied behind the magazine and the headline, “Je Suis Charlie” (we are all Charlie), which graced the cover, following the attack on their staff.

Here in the United States, Larry Flynt, founder of the graphic and sexually explicit “Hustler” empire, has been at the center of the several obscenity court cases, the most famous being the one that went all the way to the Supreme Court, in the case Hustler Magazine v. Falwell. Yes, that Falwell – Rev. Jerry Falwell, religious leader – who sued the magazine for a parody of him talking about having sex for the first time with his mother in an outhouse. In a unanimous ruling, the High Court declared that public figures cannot recover damages for “infliction of emotional distress” based on parodies.  This historic first amendment decision ruled that protecting free speech surpassed the interest in protecting public figures’ emotions and reputations. The case drew widespread attention and was the focus of a movie, “The People v. Larry Flynt.” Flynt’s legal team was able to successfully make the argument that free speech doesn’t protect speech you like, but speech you don’t like.

I am thinking about all of this while watching the career suicide of D-list celebrity Kathy Griffin, who somehow thought she was being funny when she posted a video of herself slowly raising a mask of the bloodied, severed head of President Donald Trump. The video looks shockingly real. Some would call it a “parody” of ISIS terrorists who hold up bloody heads as trophies. Those who follow these things are familiar with the disgusting and racist Photoshopped images of President Barak Obama hanging from a tree or worse, but those photos were distributed by fringe political groups, or unnamed individuals, not quasi-mainstream celebrities.

Predictably, the reaction has been swift. CNN fired Griffin, her bookings were cancelled, her endorsements were terminated. While Griffin at first apologized, admitting she crossed a line by trying to be “edgy”, she later (after hiring Flynt’s attorney Alan Issacman) backtracked and doubled down on her stunt, defiantly claiming she was a victim, blaming her sudden career free-fall on Trump and his family, saying they were trying to “ruin” her for “criticizing” the President. At a rambling news conference, she also claimed there was a group of “white guys who were out to get her” and vowed to continue to stand up for her first amendment rights as if holding up a realistic-looking mask of a severed head of the leader of our nation somehow made her a free speech champion. She says she plans to make even more jokes about the President. (“I’m not laying down for this guy.”) Another of her attorneys even jumped in at the news conference and said it was “un-Presidential” for Trump to react to Griffin’s “joke” by saying how painful it was for his young son.

I am struggling with this because as a journalist, I support freedom of speech. I know that those who offend often serve to highlight the strength of our Constitution’s first amendment. Journalists in particular, are dying around the world to protect this right. In Mexico alone, so many journalists have been murdered covering the drug war that newspapers are closing down rather than risk further loss of life. Watching Griffin at her news conference as she joked about what she did, I had to wonder how the families of journalists Daniel Pearl, James Foley, Steve Sotloff and others were feeling, knowing their loved ones had their severed heads held up in a similar way by masked ISIS terrorists who were mocking the United States, the way Kathy Griffin said she was “mocking” President Trump. I would imagine they are shattered, re-living all over again the searing images and life-altering pain of their loved one’s murders.

Does Kathy Griffin have the legal right to do something this abhorrent and repulsive? Trying to profit by making a joke out of one of the most heinous on-going terrorist acts of our times? Unless it can be argued she was threatening the President with her actions, under our Constitution the answer is most likely, “yes.”

Lots of people do disgusting things, like wiping themselves with an American flag, just to prove they can. And, as the case of Hustler Magazine v. Falwell proved, parody is protected speech, regardless of how indecent it maybe. That’s how freedom works. But do we also have the freedom to react to the horror of Griffin’s stunt by cancelling her engagements, firing her from her TV job and  terminating her endorsements? The answer is also yes. Still, Griffin doesn’t seem to understand why she is getting dropped left and right and why the Secret Service wants to interview her. Her apology, which should have been immediate and honest and a call for some serious self-reflection, seems too self-serving at this point to be genuine. She is trying to save her career, which by all accounts, appears to be over. Pushing the boundaries of acceptable anything just to prove we can, like Hustler magazine and Charlie Hebdo often do, might make a point about free speech, but somehow I don’t think the families of those who were beheaded in their pursuit of press freedom are ever going to see anything but anguish in a stunt Griffin is saying is, more or less, the same thing. That Griffin didn’t seem to consider any of that or them, in her attempt to be funny or “edgy”, is sad, but sadder still is her insistence that she just doesn’t get it.

Casey is an Emmy-award winning journalist and writer.

No Responses to “The cost of “Free Speech””