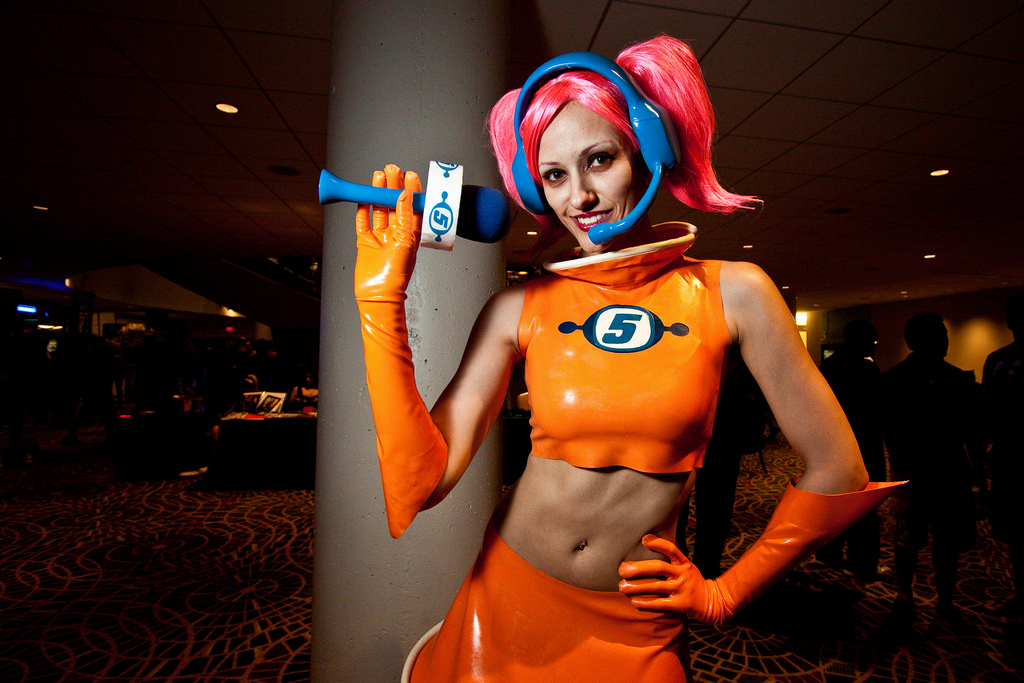 My latest op-ed  in Crain’s Cleveland Business Weekly.  Why are news women showing so much skin on the air and what message is it sending to other female  journalists and the young girls who watch them?

From the moment a little girl enters the world, she is bombarded, just like little boys are, with messages, images and examples of how she is to fit in to the culture she lives in.

Here in our country, despite efforts to celebrate “girl power” and encourage them to study science and mathematics, the message that being “pretty, young and thin” seems to always trump “smart and accomplished.” Girls and women are saturated with images of cartoon princesses with tiny waists and luxurious hair, Photoshopped magazine models and celebrities who must meet the litmus test of physical beauty as well as talent in order to be successful.

The latest career path to fall victim to this obsession with style over substance is the nightly news, where female news anchors have sadly become complicit with their own oppression by dressing in tight, sleeveless dresses hiked halfway up their thighs.

Many say this over-sexualizing of female anchors started with Michelle Obama baring her toned arms from the day she arrived in the White House. I doubt she would have thought that showing off her powerful pipes would create an arm obsession that has led instead to disempowering women. As soon as Mrs. Obama’s arms graced a magazine cover, it was open season for TV executives from coast to coast looking for an excuse to tell female anchors to take off their jackets and bare more skin.

Decades of fighting for women to have an equal seat at the table suddenly vanished, as women were once again being told this eye-candy factor was vital to their careers. What amazes me is how so many women went along with this — and how quickly they threw their own professional standing under the bus. Forget being intelligent or skilled, forget being a seasoned journalist — well, forget mostly having a long career. Indeed, the only women who can meet the new physical criteria for female news anchors are mostly young, thin women who do not have to worry about their arms becoming too fleshy.

For older women, this spells disaster.  Now, in order to compete, they too need to take off their jackets and show some skin, and that skin had better look good. In a dress. A short dress. 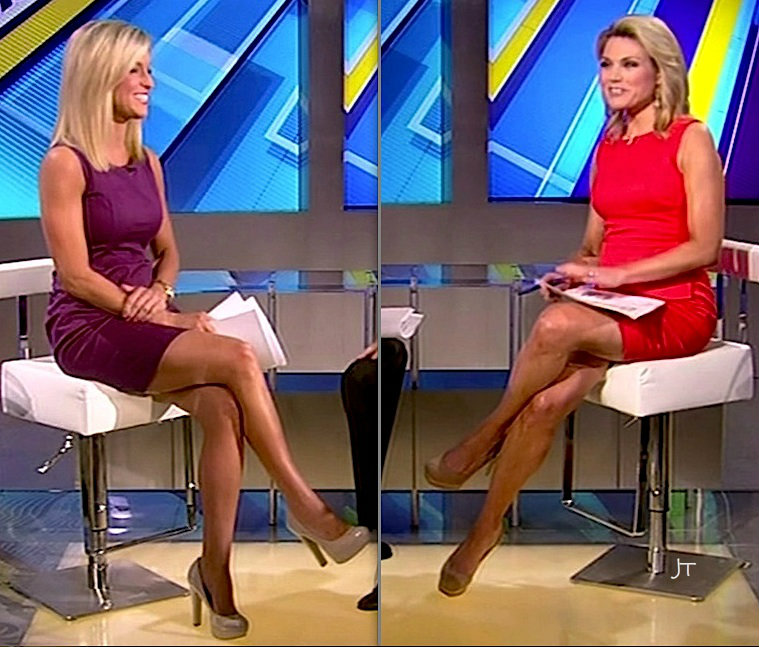 Though a few can pull this off, the majority of mature women simply can’t. I can only imagine how many middle-aged broadcast news women throughout the country are now standing nervously in front of the mirror obsessing over their arms, how many are now uber-focused on their weight, or how thin their legs are. They cannot age gracefully within their profession; to stay viable they cannot age at all. Instead of staying up to study their notes, they are probably instead surfing the Internet, looking at ads for facelifts, arm tucks, injectibles and Spanx.

Meanwhile, the men are not being told to show more skin — no one is telling them to show off their muscles in short-sleeve shirts. In fact, with their sharp suits and ties, they now stand in stark professional contrast to the women sitting next to them who are dressed like they are at a summer wedding or cocktail party, even in the dead of winter.

Their ages might be closer than they were 20 years ago, but the message is the same — the man is the one with the power. The woman is the pretty one. Watching these women furrow their brows to ask tough questions while spilling out of their low cut tank tops makes them look even more ridiculous. No one is taking them seriously.

The news bosses no doubt tell these women how “special” they are, that they are both “beautiful” as well as smart, which is why they are chosen for these elite jobs. And these women, accomplished in so many ways, fall victim to the old ploy of being flattered into submission.

In my time on the air, women fought for parity with the men they worked with. It did not come easily.

For years, female anchors had been hired off the runways of beauty contests.  The model of traditional newscasts was the older, avuncular anchorman loaded with gravitas and his homecoming queen daughter. The pay gap was startling.

But by the late ’70s and early ’80s, feminists were making inroads in several professions and TV news finally caught on that “girl” reporters needed to grow up and become real flesh and blood women. Women began to be hired for what was under their hair, not what color it was.

Yes, the prettiest still seemed to get to the anchor desk ahead of everyone else, but even those women were starting to become more credible. Many of them were on the job into their 40’s and beyond and expected to have journalistic credentials.   By the time I entered the business, we were encouraged to dress like female lawyers who, with the right suit and silk blouse, could look pretty hot — but never so hot that we lost credibility. Never so hot that no one was listening, only looking. And never so hot that we lost power as an equal.

It had taken several generations of news women to get to co-anchor status and we were not going to give it up.

The fight went on as much behind the scenes as in front of the camera. At one station I worked at, I was staying after the news to tape a cut-in that would run later in the evening. When I sat in my seat on the set, the floor director told me the director wanted me to sit in the “main anchor” chair. I looked around at the crew.

“I am sitting in the main anchor chair,” I responded.

Today’s news anchors are more like news hostesses sent to serve us soundbites while wearing halter tops and stilettos. It hasn’t seemed to occur to them that this look is unsustainable over time — that eventually, while they are still very viable professionally, capable of their greatest work even, it will no longer be in their best interest to be that exposed.

And sadly enough, that will be the time they will be replaced, despite how many awards they have won or how good they are as journalists.  The male anchor will stay on well into his 50s and even 60s, but the news Barbies will, like the dolls, be replaced with the newer model, freshened up by the consultants for that “wow” factor and stuffed into sausage-casing dresses they think will keep people in the TV tent and sell commercials.

For those of us who pushed through the early years of television news to be able to “lean in” and be taken seriously, this willing return to being window dressing is mind-boggling.  But mostly it sends a sad message to all female journalists and the young girls who watch them that being armed with the facts to tell the news is less important than having arms that sell the news.