A glimpse “Behind the Curtain” 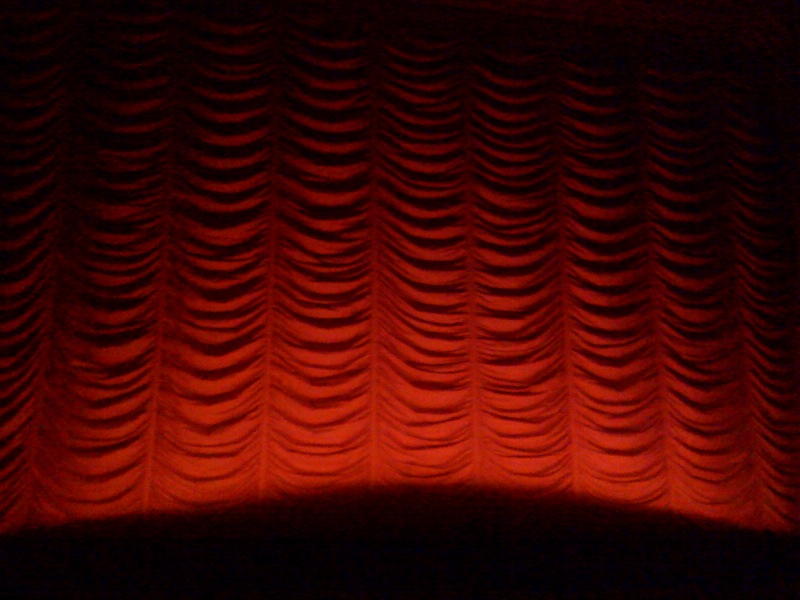 Behind the Curtain:  Maggie posted and asked why we don’t see more good news on the news.   This response is about the “good news” operation I was part of in Houston, Texas back in the 1980’s – a grand experiment that became a painful lesson in what viewers really want and why stations keep giving it to them.

I am going to call this a BTC response, because it is going to give you a look Behind the Curtain of the news industry.
I helped launch a news operation based on the ‘good news’ concept back in the early 1980’s in Houston. TV Station KRIV – an independent – had never had a nightly news before. Then it was  purchased by MetroMedia which wanted news and local programming. I was brought in as the original news co-anchor along with the great Hank Plante from KHJ television in Los Angeles where we worked together.  Other staffers came from far and wide. The KRIV newsroom was built from scratch above an old production studio in the back of the building.
From the start we vowed to be the “All Things Considered” of nightly news – deep, thought-provoking news pieces, serious investigations, positive news about great things going on around Houston. It all sounds terrific, doesn’t it? After all, the station’s research told them that people really wanted good news and that they hated all the nightly negativity they were watching on the local channels. We were going to come in and fill that void.  Actually, I have a clip of myself shilling for the newscast on a local show done by Houston socialite Warner Roberts.  You can see a very young Ginger earnestly explaining the “good news” concept by pressing here:

Despite my cringe-worthy performance on Warner’s show, the KRIV news team was terrific.  But the station only gave our “good news” newscast  less than a year.  It seems what viewers fill out in writing in focus group studies can be far different from what the ratings box on the set records. Our viewers told us that as much as they want to say they watch PBS and want good news, the truth was they really wanted jiggly Suzanne Somers in “Three’s Company” reruns, which got higher numbers than our newscast. So, away went our experiment in good news. In came the fires and the scandals and doom and gloom and people ate it up. Our ratings went north. The station eventually was bought by Rupert Murdoch and became a FOX affiliate and built both its reputation and ratings around its relentless crime reporting.
But that doesn’t mean TV stations don’t cover good news, you just have to know where to look for it. Granted, there’s not much, but there is usually something that gets in.  The “good news” in a traditional newscast is usually held for the “kicker” of the program – that final report that wraps up the days disasters with a smile. Watch for it on every nightly newscast, including the networks. Or, there might be something sweet that is scheduled  just before weather –  some local charity coverage, that sort of thing –  so the anchors can talk a little about it and look convivial. Sorry to say, that’s about all you can expect from most news outlets.
You have to remember that the station is there to make money. They do it by selling air time. The more people who watch a show, the more they can charge for a 30 second ad that runs during the program. So, the tension that always exists between any newsroom and its ownership is this tension that they have to get high ratings so they can sell ads for money to support the news gathering operation, which is not cheap. Maintaining that delicate balance of respecting both sides of the editorial wall is highly tricky, though many would argue that wall came down a while ago.
In the end, stations give people what they reveal they really want through electronic feedback loops because that’s what sells best.  Inciting fear and anxiety about where they live gets viewers in the tent.  “Coming up next, could what happened in (fill in the blank) happen here?” Whether they do it with shock, sex, sizzle or all three, stations pursue coverage that these marketing tools tell them will get the biggest bang for the buck. Sadly, they never seem to take any responsibility for conditioning the appetite of the very public they sell to.  And like most diets high on fats and sugar, many of these news organizations are unhealthy.

Granted, there are many good stations out there, which are deeply committed to the communities they serve.  To the ones left standing, which are still fighting the good fight for journalistic balance and excellence and which have kept their editorial firewall intact, I offer my gratitude and my promised viewership.  For the others, I hope they find a way to reconsider what’s on the news menu.  To me, the news has a responsibility to tell people not just what they want to know about, but what they need to know about as well. That, in the end, is what good journalism is supposed to do. Inform and provide context to the world’s events free of editorial or financial bias.  And it wouldn’t hurt to throw in a good heaping of vegetables on the side.

No Responses to “A glimpse “Behind the Curtain””